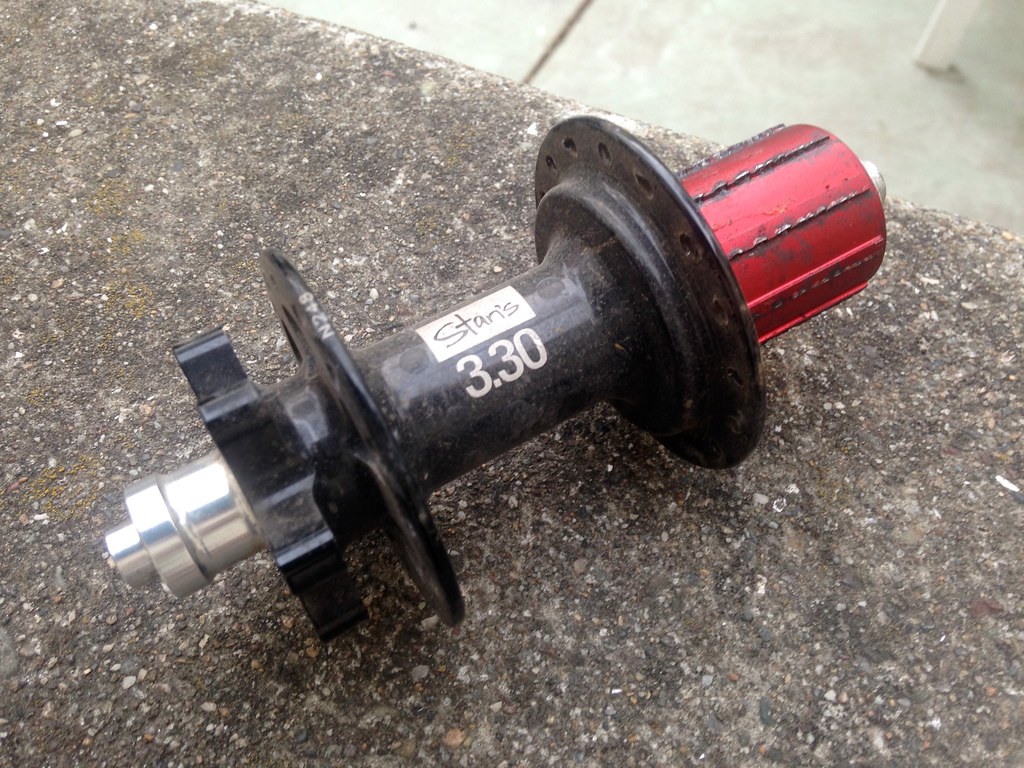 Yesterday evening, I was on my way to dinner. I stopped at a red light right behind a vespa-type scooter, at the corner of 15th and Mission. The light turned green, and I was watching the scooter in front of me so as to not run into it. Then I turned left onto Mission.

As I was turning, I saw out of the corner of my eye, a car heading right for me. Next thing, I was on the ground in the middle of the intersection. I was unhurt, not even really bruised or scraped. I've had worse accidents all by myself. When I got up, I saw that the car was a police car. Oops.

The important fact that I had missed was that 15th street is a one way street. I was in the left side of the right hand lane, thinking that the left lane was for oncoming traffic. While we were stopped at the light, there was nobody in the left lane. I was turning left from the right lane across traffic coming up behind me. The whole encounter was totally my fault.

The cops asked if I was ok, and I said yes, and we all moved over to the side of the road. They had to call in other police officers and report the accident. I think one pair of officers came and went, then another pair arrived and stuck around. They took my ID and checked it out. Finally, an "investigator" showed up, and chatted with the other officers.

He came over to me, and asked "You're alright?"

Him: "Any damage to you or the bike?"

Him: "You know I'm not trying to coerce you or anything, just asking"

So, this nice investigator fellow declared that this was not an accident since nobody was hurt and there was no damage to either the police car or my bike.

I was happy because this meant I did not have to deal with any fallout from an "accident". I got the impression that the officer driving the cop car was happy as well to not be involved in an "accident".

I think it took at a 1/2 hour, maybe 3/4 of an hour for all that. A lot of standing around waiting for cops to come and go.

I hadn't actually really inspected my bicycle. I mean it seemed fine to me when I moved from the middle of the intersection to the side of the road. What I discovered as I was leaving was that my rear wheel was way out of whack. "Out of true" for the bike geeks. So much that the tire would rub against the seat stay and then the chain stay as it went round. I wasn't in the mood to ride right then, so it wasn't a huge deal. I figured I'd take it to a shop and get it trued the next day.

I had dinner and did manage to ride the bike back to my airbnb (not very far). It was not a stable ride. It was surprising to me that the back wheel being out of true could make it feel like the steering was whacked up as well.

So tomorrow (today) comes around. I know that the local bike shop opens at 11am, so I take off for an early lunch from work at about 10:40am. I go get the bike from the airbnb, go the one block to the shop and take it in. The guy at the shop takes a look and is like "I don't think I can fix this. Even if I can, it's probably not going to stay true. You'd better get a new wheel." You might be thinking that he's just saying that so he can sell me a wheel. The thing is they don't have one (the right size/kind) for me.

I talk him into trying to true it for me so that I can ride for the next week or so. $25 to have a working bike for another week seems like a bargain to me. He doesn't want to charge me, cuz he doesn't think it's gonna stick. Anyway, we agree that I'll come back in 20 minutes and he'll see what he can do.

I go grab a sandwich and come back 30 minutes later. He takes it off the stand and says "No go. I can't fix this." And he will not charge me.

I highly recommend Box Dog Bikes. They are good people there.

Next step: Where else can I get service for a bicycle? REI.

I ride over to REI (going slowly and very carefully since my bike is totally wobbly). The nice fellow at REI takes the bike back into the shop and comes back a few minutes later: "I don't think I can save that wheel." Not unexpected, but good to confirm that the guy at Box Dog wasn't wrong. In some ways, anyway.

Me: "You have a wheel I can buy to replace it?"

This time he takes longer than examining my wheel. Eventually he comes back with three options and lays them on the table. I very quickly decide on the cheapest option for $100. He says it's a solid, strong wheel, and at the moment, that's the kind of wheel I like.

After he got my old wheel off, I took it and (with a wire cutter he loaned me) cut all the spokes to remove the hub. (I figure I might be able to use it to build a new wheel someday.) I didn't get a photo of the rim, but after I had taken all the spokes out, it was completely obvious that it was never going to be true again. It was really wonky.

I think the police car bumped into my rear wheel and that's what put me down on the ground. The good news is that only the bike was harmed, and I was fine. The worst thing of all this is that my very first bicycle/automobile encounter was with a cop car.

Riding back to the office on a bike that did not wobble was very, very pleasant. I think I got back at about 1:30pm.