One popular method to measure the capacity of a bag (backpack or messenger style) among cyclists is "how many beers?" For instance, here's a roundup of bags that hold at least 24 beers.

I recently acquired a Timbuk2 Especial Tres (2014 edition) and was curious about its capacity. It's officially a 40L bag, but it's not clear if this is before or after expansion, or pushing its limits. Today's test doesn't really answer the "How many liters does it really hold?" but it does demonstrate that this is one capacious bag.

Before we begin, here are the tags that came on the bag. 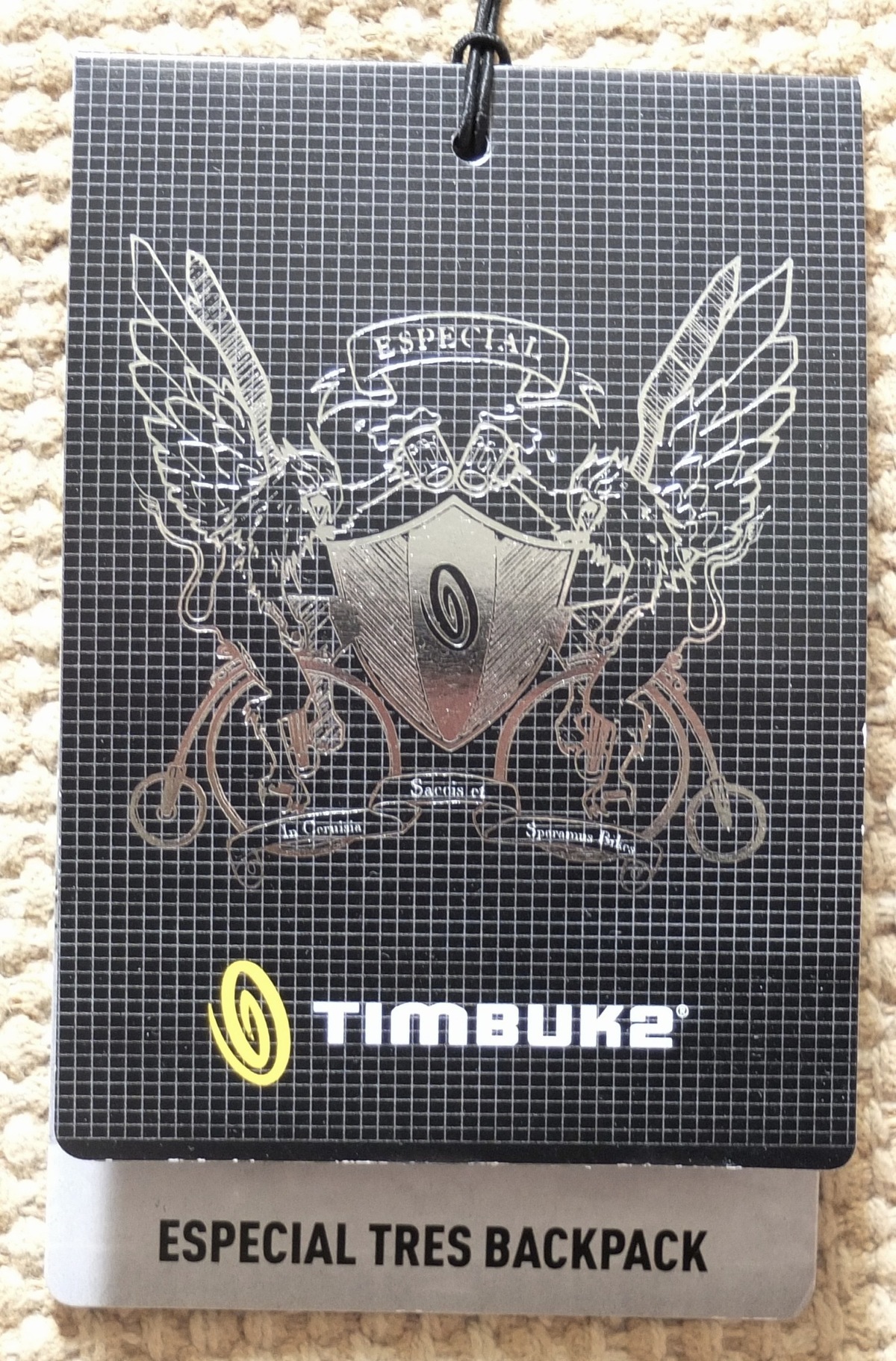 Here is the bag before we begin. I don't actually drink beer, so I have two 24 packs of diet coke and a third 24 pack of assorted drinks. A 12oz drink is a 12oz drink, yes? 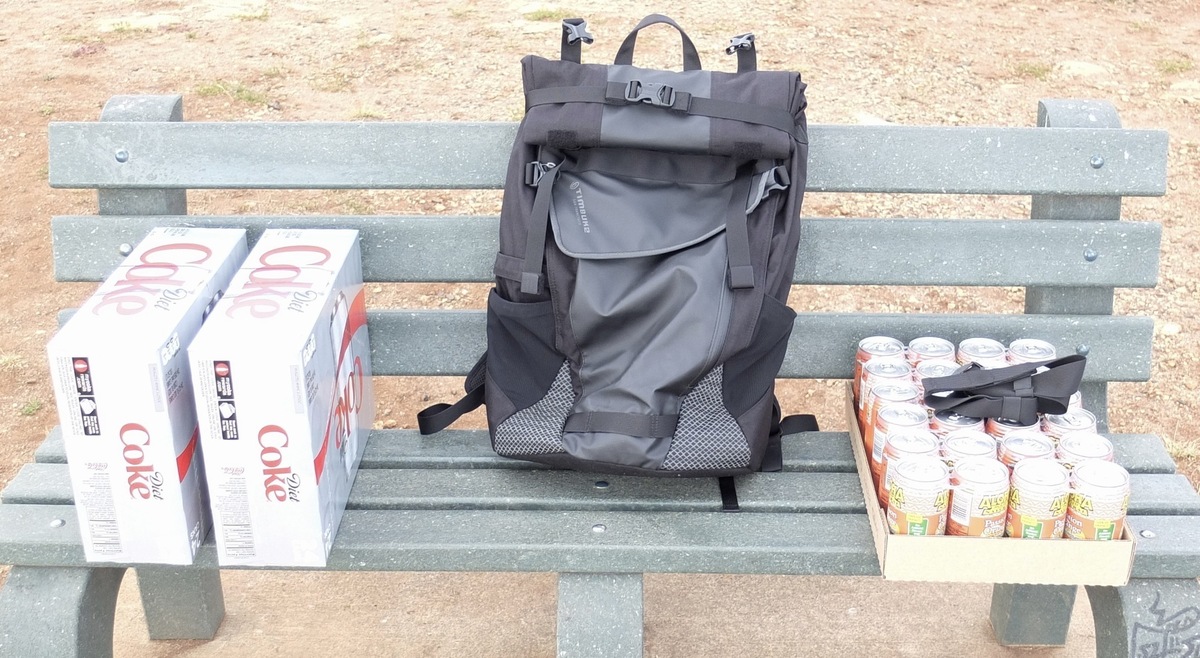 Here's the first layer of a dozen cans. 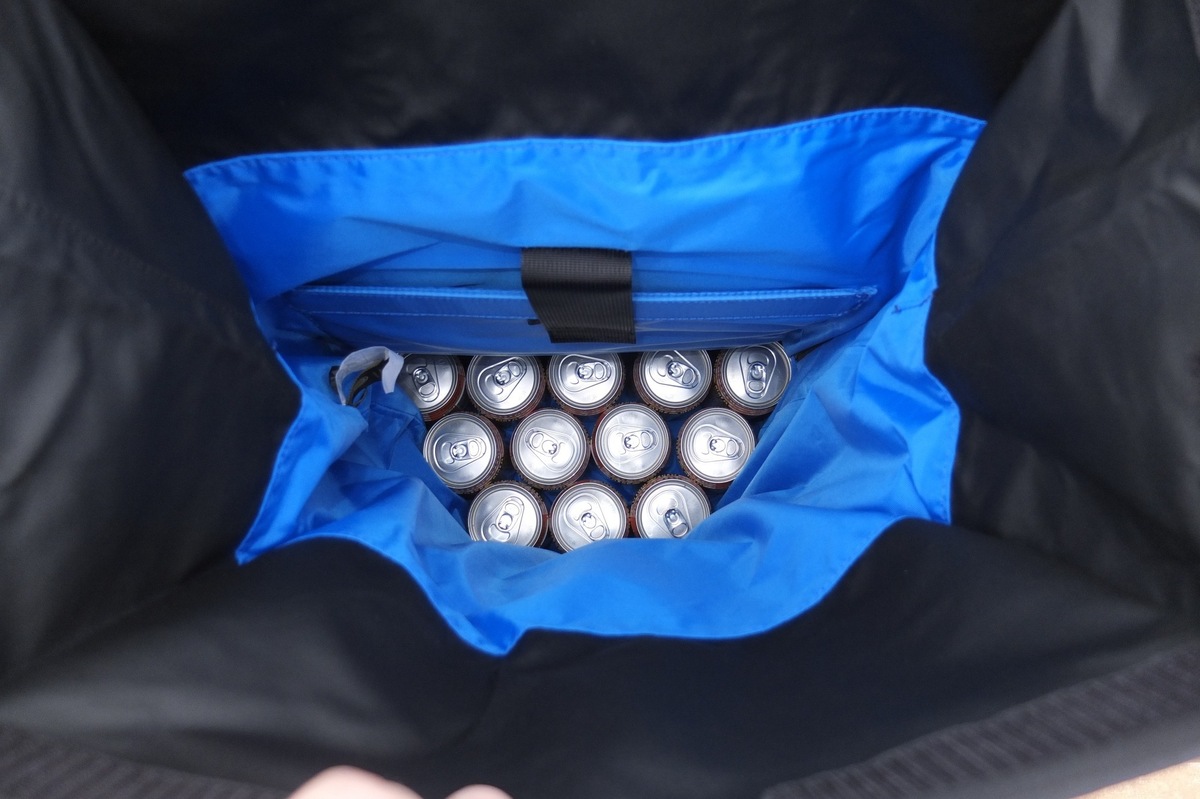 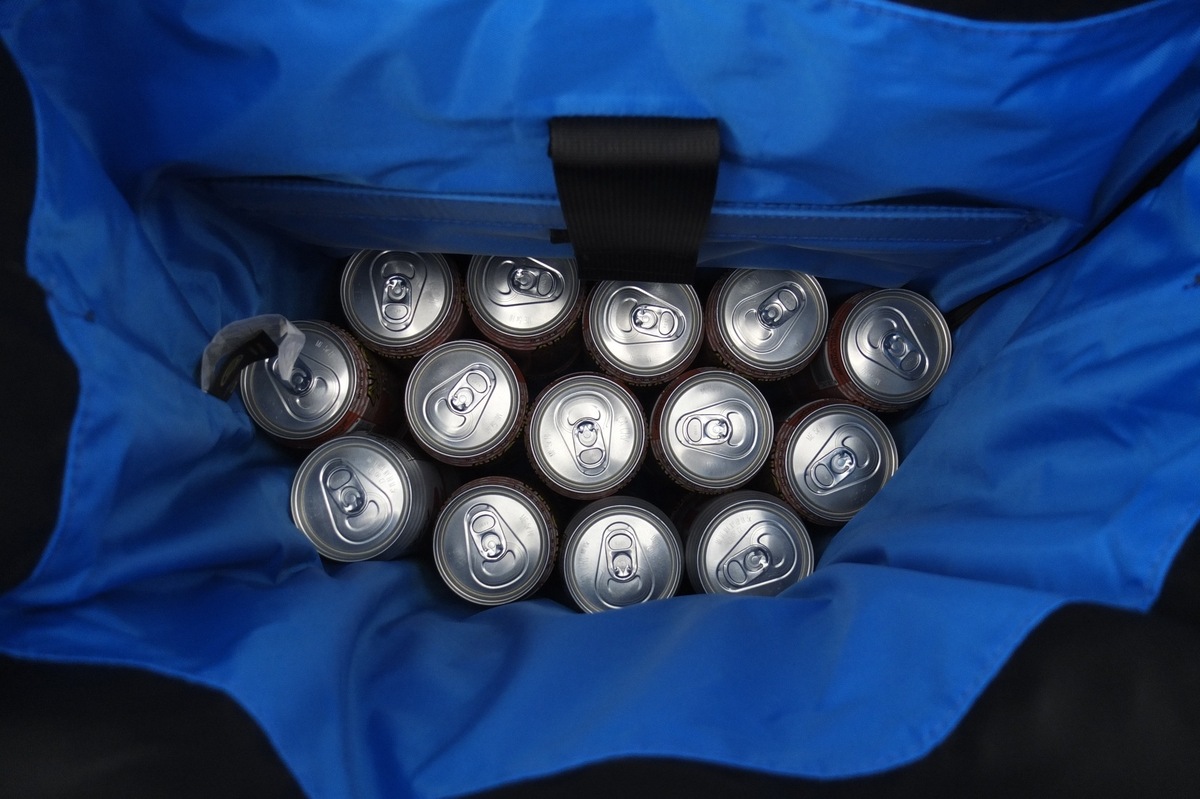 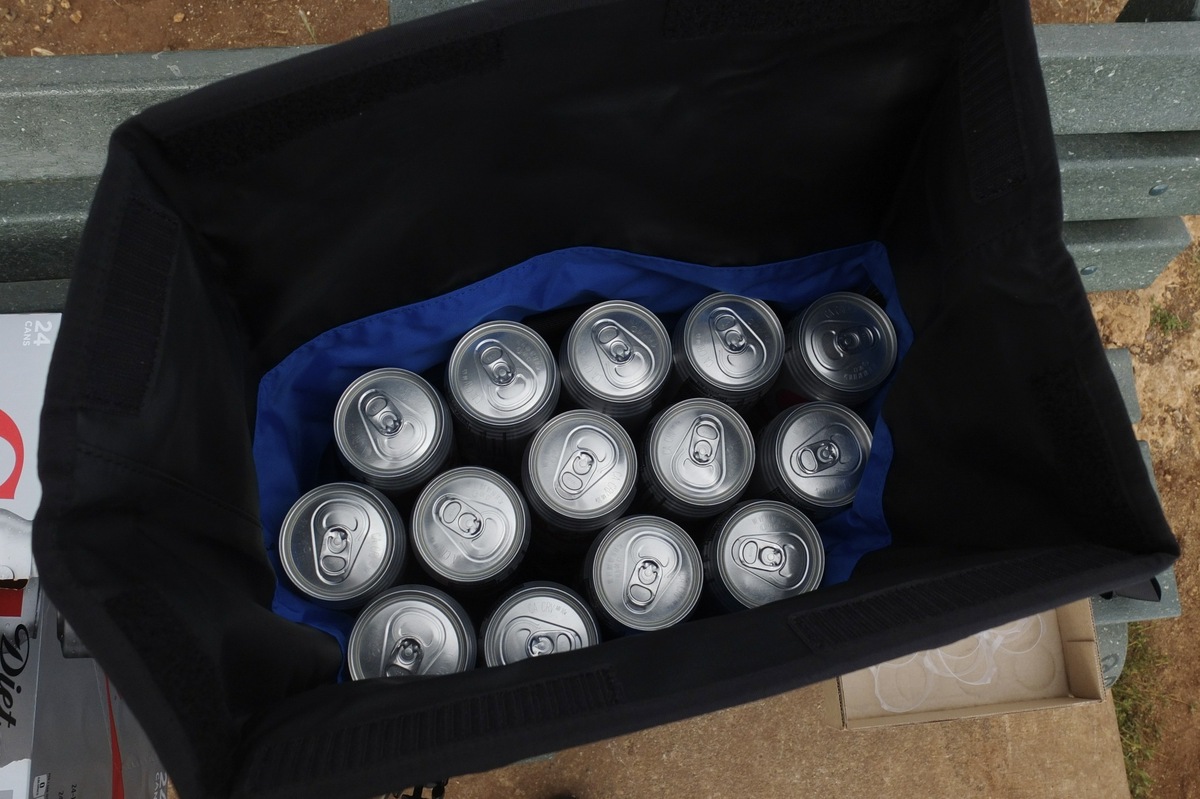 At this point the bag was basically at "normal" capacity. I had filled to the normal top. I closed it up and here's some photos with 56 cans inside. 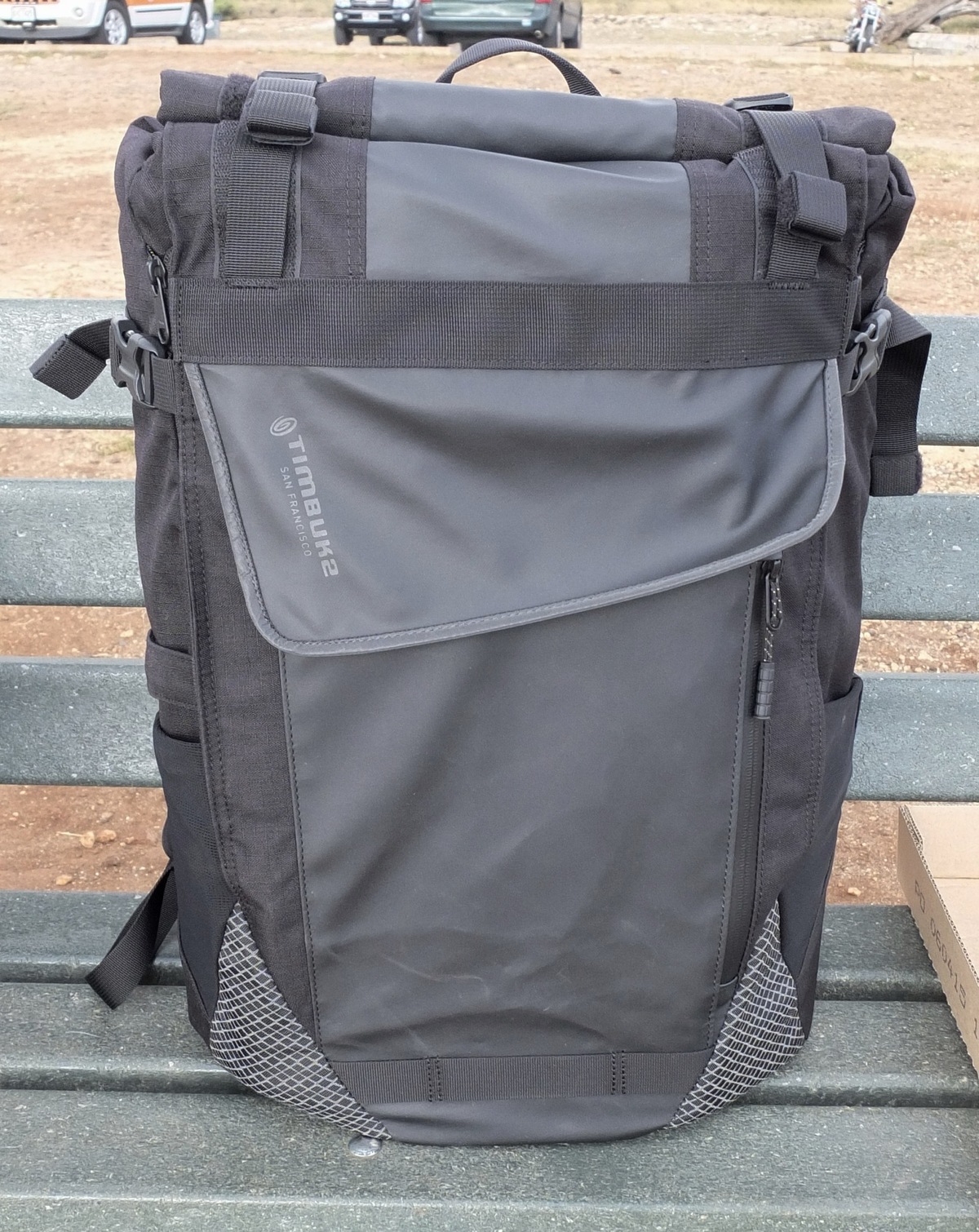 Now it's time to start expanding. 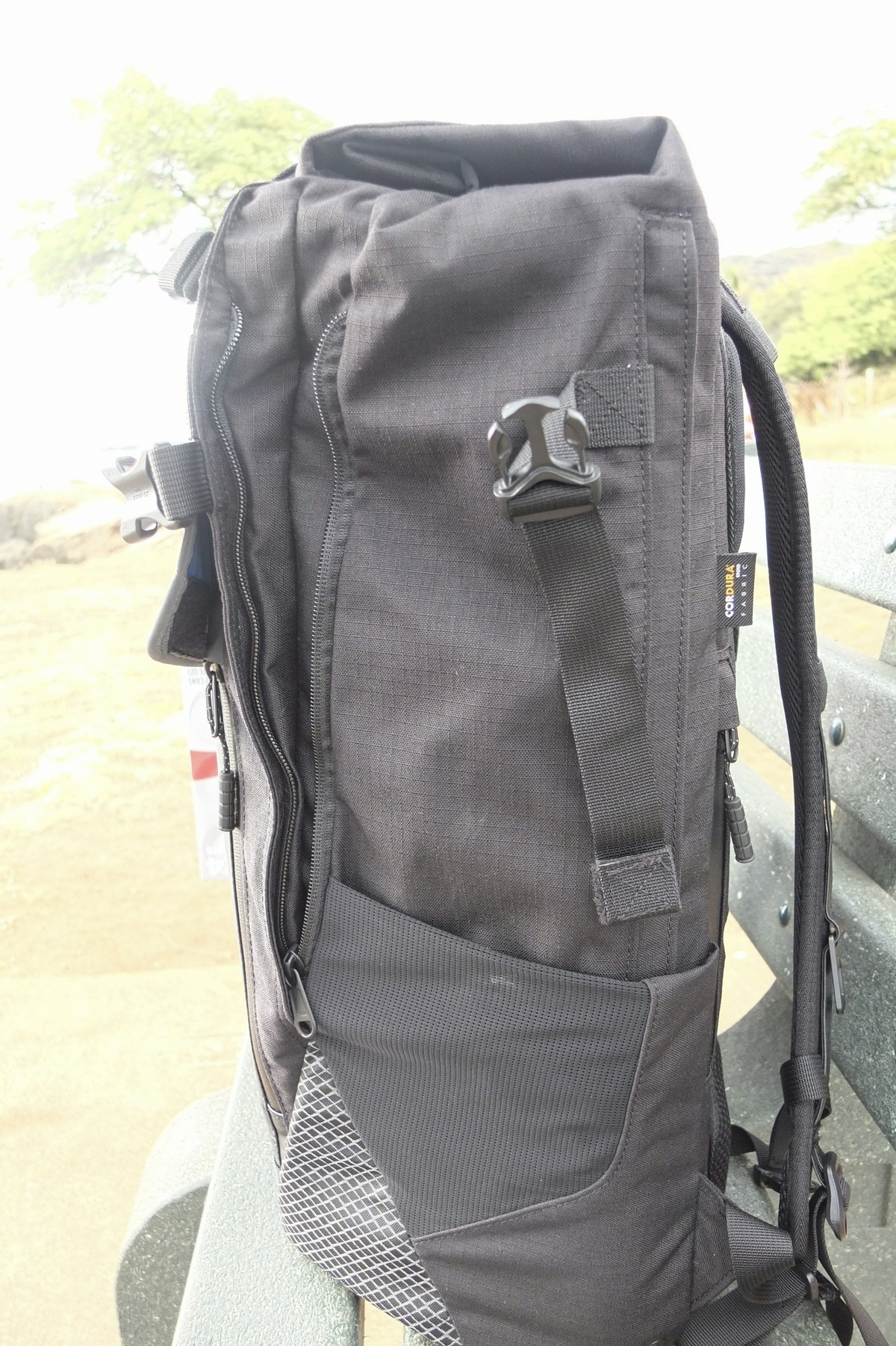 I don't think the expansion zipper thing on the sides actually adds that much room, but that in addition with using some of the above the roll top line, I got all the rest of the cans that I had into the bag, all three 24 packs, for a total of 72 cans. Unfortunately I forgot to get a photo with all the cans inside. I got the additional 16 cans in by laying a bunch on top and then shoving the others down alongside the cans that were already in the bag. I had no trouble closing the bag, and I probably could have fit a couple more inside. Plus, as you can see, I still haven't even touched the stretchy pockets on the outside. 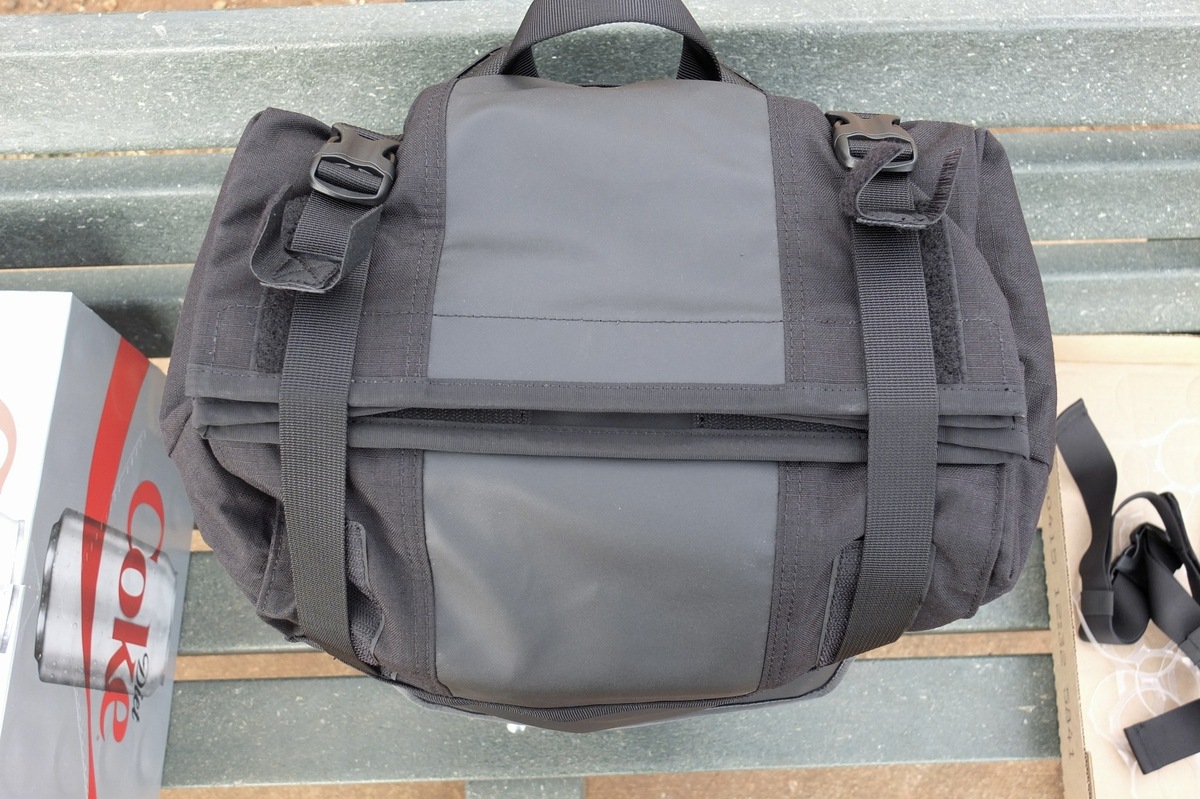 You can see from that last set that I had to extend the top straps, and I could only just fold the roll top. I would not recommend actually trying to wear this bag with this much weight in it, but they do fit pretty easily, and it is definitely "closed" and fairly secure. You can also see that the bag is bulging. It's not straining at all, but it is very nearly totally full.